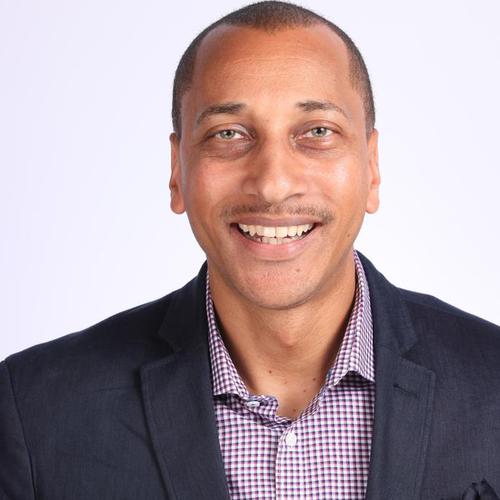 Talks covered by this speaker

Creativity as Resilience thru Personal Branding

Have you got yours yet?

Our All-Access Passes are a must if you want to get the most out of this event.

Kevin L. Nichols has worked in multifaceted capacities in some of the most prolific international law firms in the country, such as Morrison & Foerster, Paul Hastings, Heller Ehrman, and Hollan﻿d & Knight. His interest in diversity and technology began while he was a mechanical engineering/diversity intern at the Lawrence Livermore National Laboratory.

﻿Later, he became the Executive Director of the California Diversity Council and the African American Wellness Project. Kevin has become a social networking expert and full-time consultant specializing in litigation technology (eDiscovery), diversity, and social media marketing for the legal industry. Nichols has been featured on LinkedIn’s Hall of Fame, Yahoo’s Blog, in the Examiner, CNN Money, Reuters, MarketWatch and the Wall Street Journal.

Millions saw Kevin while logging in to LinkedIn.com from 2011-2014. He is the Founder of The Social Engineering Project, Inc., an Oakland based, Google and Microsoft funded, social impact venture with Stanford University designed to address the lack of diversity in the tech industry and a Senior Diversity Leader at Lawrence Berkeley National Laboratory.

Kevin attended the University of California, Berkeley, recently completed an Executive Program for Social Entrepreneurship at Stanford's Graduate School of Business, certification program called the Fundraising Academy through the Sanford Institute of Philanthropy at JFK University, and an Inclusive AI Data Science Executive Program at the Haas School of Business. For a full biography and CV, please visit http://bit.ly/KLNport.

Your logo could go here!

If you'd like to get your brand in front of attendees following the categories this speaker is talking about (on this page, via email and during each talk) contact us.

We use cookies This website (and some of its third-party tools) use cookies. These are important as they allow us to deliver an exceptional experience whilst browsing the site.

By clicking 'Accept', you agree to the use of cookies. To learn more see our Privacy Statement.